Web3 and the race for talent: why diversity is critical to success

By Jordan NorrisMarch 8, 2022No Comments 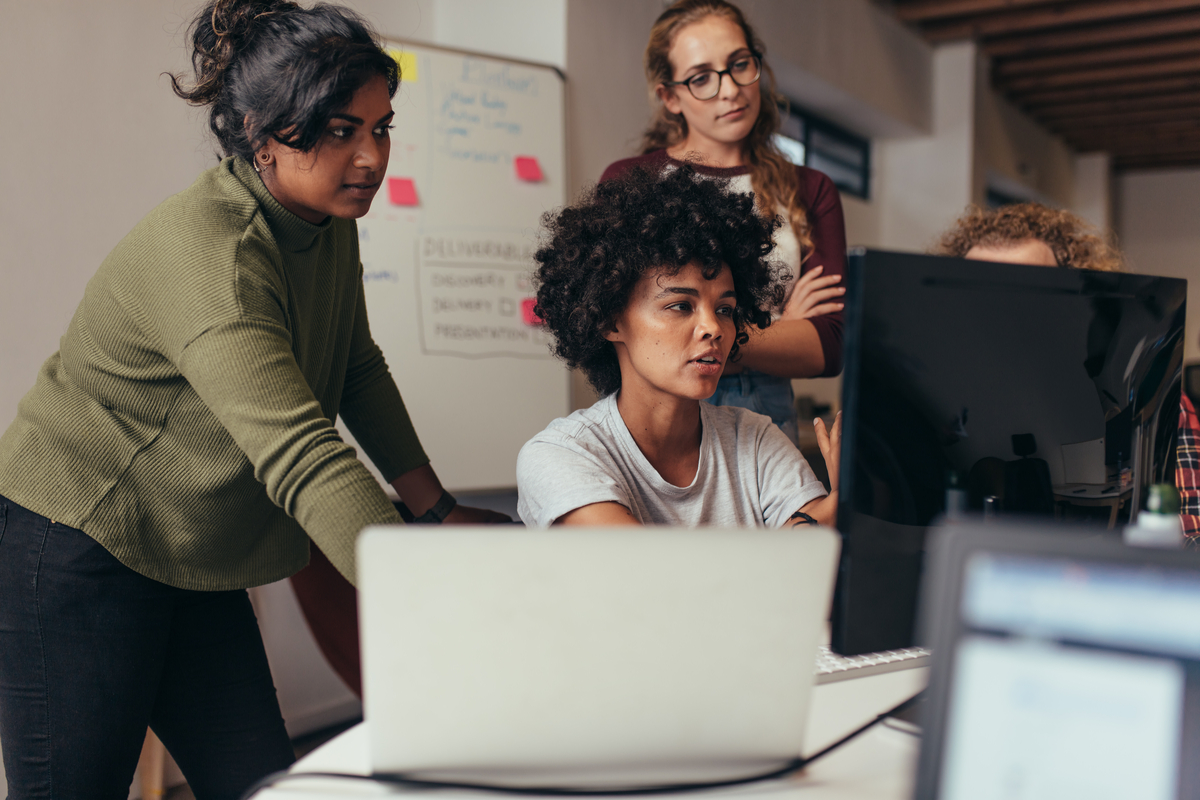 Web3 is having its moment. At its elemental level, this catch-all term refers to a decentralised online ecosystem built on blockchains, allowing platforms, services and apps to be owned by users instead of by centralised gatekeepers.

This is the new world of cryptocurrencies, decentralised autonomous organisations (DAOs), and non-fungible tokens (NFTs).

There have been fundamental shifts in the world: the explosion of data, the global pandemic, the destabilising effects of social media on democracy, that call for a re-think of how things are done and how the web works. This is where Web3 comes into play.

The original version of the internet, Web1 or Web 1.0, was primarily a read-only universe, where information was sent to the user in a static, non-interactive way. This was followed by Web2 or Web 2.0, which focused on user-generated content. It gave rise to platforms like Facebook, services like Uber, and apps like Google Docs.

While this era delivered the online ecosystems that we now know so well, the dominance of these corporate players has led to what many believe is a broken digital status quo. In the Web2 world, bias and discrimination have become amplified because it is a world being built by a very small group of non-diverse, typically white men, typically based in the US. A global poll among 11,445 software developers by Stack Overflow, the popular website for programmers, revealed that 85.5% of respondents were men, and the majority were white. This small group of people is creating a Web2 world in its image.

Google, the most visited website in the world, holds 91.9% of search engine market share. The second most popular search engine is YouTube (which is owned by Google). These sites make the vast majority of their revenue from advertising, and like most dominant tech players, currently get to decide crucial issues around network access, user data, and revenue.

However, Web3 promises a change to this, as consumers (rather than corporations) have the potential to govern. It is decentralised, and has organisational structures that incentivise communities to build together, instead of building walls between them. In this new world, users own their data, their money, their creations, their journeys. This new era will be defined not only by the semantic web, artificial intelligence (AI) and new levels of connectivity, but also by a set of philosophical values that are becoming increasingly popular in the Web3 world.

Writing the Web3 rules with diversity built in

For example, DAOs enabled by Web3 offer a whole new type of organisation. They reimagine work, decisions and financial transactions as decentralised and community-led. People can work for multiple DAOs and have multiple income streams on their own terms. This differs from the gig economy in that no central corporations are managing those jobs – the people performing the work own the end result, as well as owning part of the marketplace.

Within 72 hours of the recent conflict in Eastern Europe beginning, the Unchain Fund (which is a DAO) brought together a group of fintech and crypto founders to provide a direct path for donors to help fund NGO efforts on the ground in Ukraine.

The real kicker is that none of the rules dictating Web3 have been written yet. This presents an unprecedented chance for people from across the spectrum to join and take part in building this new world, where a new variety of skillsets are required. From game design directors to NFT front-end developers, and DeFi business development executives to digital asset product managers, there will be a whole range of entirely new opportunities available.

In this new world of Web3, diversity is even more paramount: as the rules are being redefined, we need diversity of thought to build an inclusive future around these new tools. Yet right now, around 85% of the Bitcoin community is male, men dominate the investor space and women account for only a third of crypto holders worldwide.

To change those numbers for the future, we need more education and talent focused on introducing the Web3 world to as many people as possible. To reach billions of users across continents, we need people from those places to build the bridges to those communities.

It is crucial to ensure that the people building Web3 are from a diverse range of backgrounds since the technologies built often reflect those who create them. We will not build an inclusive future if the builders themselves are not representative of society as a whole.

Research has shown that diverse groups perform better. In one global analysis of 2,400 companies, large-cap companies with at least one woman on the board were shown to outperform their peer group with no women on the board by 26%.

There are plenty of studies like this, which show that non-homogeneous teams work more intelligently – working alongside those who are different can challenge our brains to break through typical ways of thinking and optimise their performance.

On a collective level, a new ecosystem means that we have a truly unique opportunity to shape the future and democratise access to the tools that people need to shape their own lives. This is the core of everything we do at the NEAR Foundation.

We help educate, raise awareness and support the NEAR ecosystem, which is built around a permissionless, proof-of-stake blockchain designed to be super-fast, incredibly secure, and infinitely scalable. It is also the world’s first certified climate-neutral blockchain. There are projects and communities active in six continents, led by an incredibly diverse group of founders from all walks of life.

We are proud that the NEAR ecosystem is a truly diverse, inclusive and vibrant community of already millions of creators, builders and users. Our work includes fostering more education around Web3 within local geographies in Latin America, Kenya, Vietnam, Eastern Europe and more.

Since its 2020 launch, the NEAR ecosystem has seen a surge of activity and has processed over 50 million transactions across more than 4 million accounts and helped incubate and foster over 350 projects and 300 DAOs.

While plenty of exciting work has already been done, we are also just getting started.

The NEAR Foundation is a Swiss non-profit that oversees the governance and development of the NEAR blockchain.

NEAR is a carbon-neutral, open source,  high-performance blockchain that is designed to be super-fast, incredibly secure, and infinitely scalable. NEAR’s vision is to create a network that enables people to re-imagine finance, creativity and community in new and inclusive ways.

This article is part of a paid partnership with social impact media firm Ecology Media, which is running a special editorial series called A Better View to explore the ethical and diversity challenges that exist in the world of innovation – and the ways they can be fixed.