By Jordan NorrisMarch 29, 2022No Comments 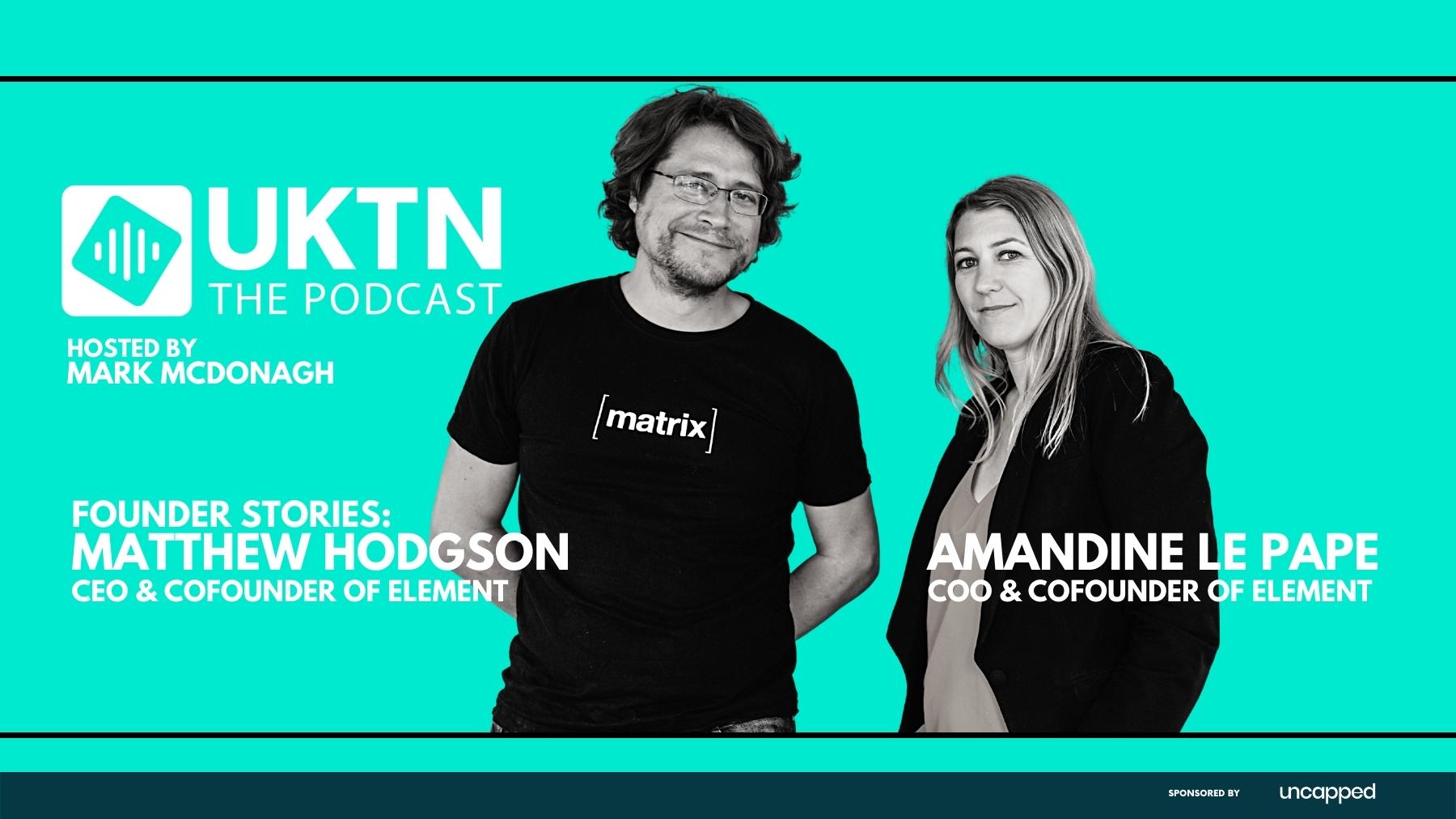 During the show, Element CEO Hodgson and COO Le Pape reveal how close the company came to bankruptcy and how Element pivoted its customer base early on.

London-based Element set out to build a protocol that would become what Hodgson calls the “missing communication layer of the web”.

Element runs on the open-source Matrix standard and lets organisations deploy their own decentralised equivalents of WhatsApp or Slack that are fully end-to-end encrypted.

Or as Hodgson explained to UKTN Podcast host Mark McDonagh, Element is to Matrix what Netscape was for the early web.

Because Element set out to “steal control of comms back from Facebook, and Google and Apple and Microsoft”, Hodgson and Le Pape assumed their product would appeal to “open source hackers and slightly sort of anarchic types who want to take over the world”.

But instead, the first client to knock on Element’s door was the French government.

“We were not expecting that,” said Le Pape.

Element now counts the UK, German and US governments among its clients and is currently looking to work with around seven others. It is used by more than 42 million individuals, companies and governments.

During the latest UKTN Podcast, the Element founders share their experience and advice for securing government contracts and how word of mouth between nations helped secure more business.

Hodgson said: “We’ve seen a real pattern with government, that people realise that taxpayer money should not just be funnelled into some proprietary Silicon Valley behemoth. But actually, public funds should be put into public software.”

From nearly failing to scaling

Element was first incubated within Amdocs, a telecoms supplier, but became what Hodgson described as “victims of its own success”.

In 2017, Element decided to spin out and go it alone. Armed with only the savings of the 12 initial staff and limited seed funding, Element had just three months’ runway “before the whole thing would be dead before it was really even born”.

Hodgson said: “That was a big ask to ask people to jump off a cliff without a parachute, and do the proverbial promise that we’re going to build an aeroplane on the way down.”

Element came “within a few weeks of having to pull the escape cord”, Hodgson said. The two co-founders tell the UKTN Podcast the wellbeing challenges that came with that pressure – and how the company went on to raise more than $48m.

Hodgson and Le Pape also reveal their approach to picking the right VCs, how they hired across 23 countries and recall the “positive disaster” of having cryptocurrency on their term sheet.

You can listen to all this and more in the latest episode of the UKTN Podcast here.

The UKTN Podcast is sponsored by Uncapped, which provides no-equity investments from £10,000 to £5m to the founders and companies who are changing the world.