By Jordan NorrisDecember 1, 2021No Comments 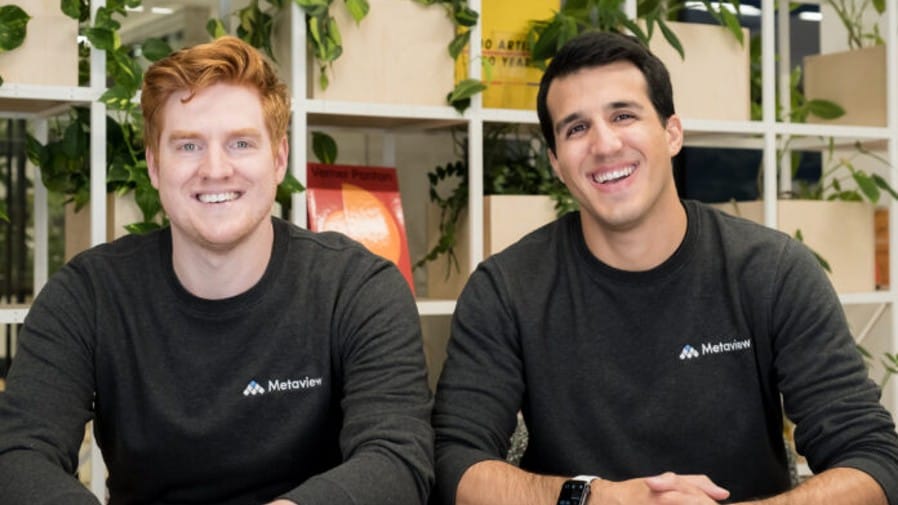 London-based Metaview has secured $6m (£4.5m) to develop its product offering, triple headcount in 2022 and accelerate market expansion in Europe and the US.

Founded by Siadhal Magos and Shahriar Tajbakhsh in 2018, Metaview’s platform records and transcribes interviews and provides data insights, along with automated training tools. The goal is to improve the hiring process for recruitment teams, with Metaview claiming it saves customers 28% of the time they usually spend on hiring.

According to Metaview’s data, nearly a quarter of hiring managers ask fewer than five questions to candidates.

Siadhal Magos, co-founder and CEO of Metaview, said: “Our mission is to power hiring decisions with truth. Previously, any data that was used to improve hiring performance only ever measured the symptoms, never the causes. Now we can bring transparency to the previously opaque interview process, and use technology to improve the most important moments in hiring.”

Metaview said it’s seen 300% year-on-year growth and that its technology is being used in the interview processes of hyper-scale companies across the UK, Europe and the US. They include Anduril, Robinhood, AngelList and Hudl, among others.